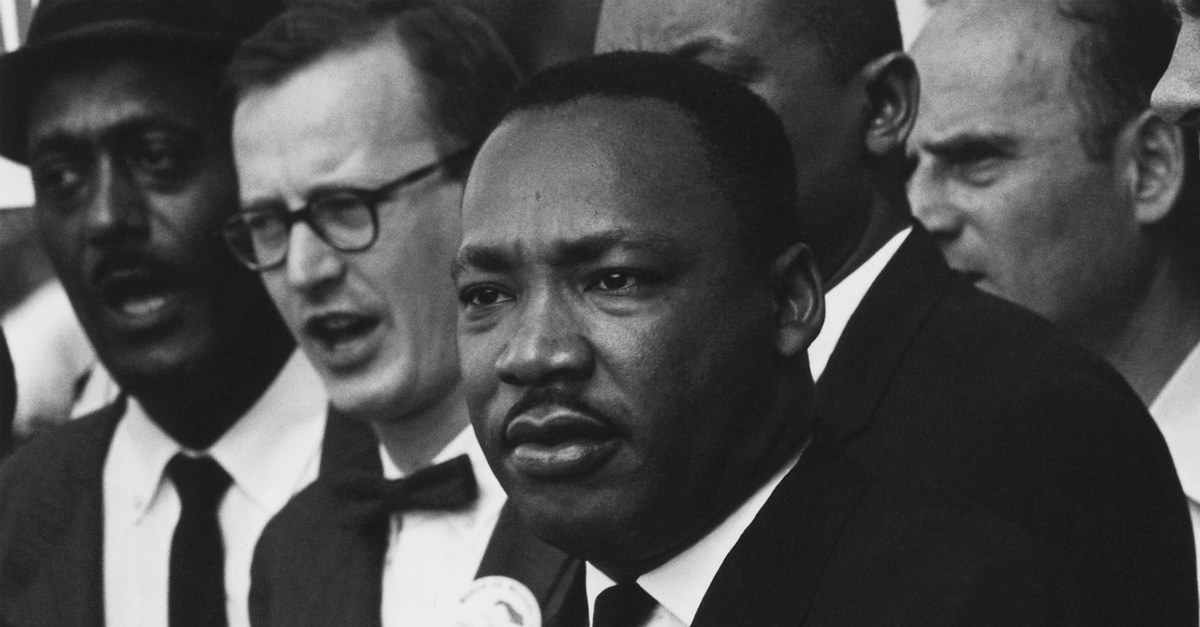 As a minister, leader, civil rights activist, and effective communicator, Dr. Martin Luther King, Jr. inspired many by his words of wisdom and life. He helped to change the mindset of generations with his challenge to live free. But his life was also characterized by hardship and struggle, obstacles and trials.

Though his life was not perfect, it's said that he was most influenced by the words and teachings of Jesus.

Through opposition and even through death, Dr. King overcame because of the power of Christ. Through peaceful means, choosing love and forgiveness, willing to stand courageously for what was right, the life of Martin Luther King, Jr. still challenges us today.

20 Things You May Not Know about Martin Luther King, Jr.

2. At the age of 12, King’s grandmother died of a heart attack. He blamed himself for her death and even attempted suicide afterwards by jumping out of a second-story window.

3. King wrestled with bouts of depression during his growing up years. Though his father was a preacher, he was originally very skeptical about Christianity and struggled with doubt. It’s known that he later concluded the Bible has "many profound truths which one cannot escape" and decided to further his learning at seminary.

4. He skipped both the 9th and 12th grades of high school but was able to begin college at the age of 15 after passing the entrance exam. He graduated with a bachelor’s degree at the age of 19.

5. Dr. King went on from there to study theology at Crozer Theological Seminary in Pennsylvania, where he became the student body president. It is said that he made the choice to enter the ministry after deciding that the church offered the most assuring way to answer "an inner urge to serve humanity."

6. He and new wife Coretta Scott King married in 1953 and spent their first wedding night in a funeral parlor owned by a friend, because honeymoon suites were not available for African Americans at that time in history.

7. Martin Luther King, Jr. first became a pastor at age 25 at Dexter Avenue Baptist Church in Montgomery, Alabama. Then in 1959, five years later, he went on to co-pastor alongside his father at Ebenezer Baptist Church in Atlanta, GA.

8. In 1956, the King’s home was bombed, in response to his involvement with the Montgomery Bus Boycott the year before. Though his wife and firstborn daughter were home at the time, no one, thankfully, was injured.

9. In 1958, Dr. King was attacked at a Harlem book signing by a mentally ill woman. Reports say, “The stabbing nearly cost Dr. King his life, requiring hours of delicate surgery to remove Ms. Curry’s blade, a seven-inch ivory-handled steel letter opener, which had lodged near his heart. If he had so much as sneezed, his doctors later told him, he would not have survived.”

10. He was arrested 30 times during his lifetime.

11. He was under surveillance by the FBI for years though no ties to alleged communist influence were ever found or validated.

12. He had many close friends and strong supporters through life such as Dr. Billy Graham, Maya Angelou, and Dr. Ralph Abernathy. He traveled to India and greatly respected the teaching of Mahatma Gandhi. He was influenced by the writings and beliefs of Abraham Lincoln and Henry David Thoreau. He was a huge Star Trek fan. But most notably of all, it’s said that his greatest influences in life came from the teachings of Jesus Christ through the gospels.

13. Dr. King’s final words were to his long-time friend and musician Ben Branch, “Ben, make sure you play 'Take My Hand, Precious Lord' in the meeting tonight. Play it real pretty.” Moments later, on April 4, 1968, he was assassinated on the balcony of his hotel room.

14. Though he died at only age 39, medical autopsy revealed that his heart was like a 60 yr. old, thought mostly to be due to stress.

15. Dr. King’s own mother, Mrs. Alberta Williams King, was also shot and killed in 1974, years after his own death, as she sat at the organ to play in the Ebenezer Baptist Church in Atlanta.

16. According to nobelprize.org, “At the age of thirty-five, Martin Luther King, Jr., was the youngest man to have received the Nobel Peace Prize. When notified of his selection, he announced that he would turn over the prize money of $54,123 to the furtherance of the civil rights movement.”

18. He is one of only two Americans who has a federal holiday named after him, the other is George Washington.

19. Dr. King was the author of many books and famous speeches. He is known as one of the greatest communicators of all time. It is known that one of his most memorable speeches, I Have a Dream, was improvised at the end when he left the prepared text in response to gospel singer Mahalia Jackson’s cry, “Tell them about the dream Martin!”

20. Though he had received many honors and awards throughout his life, and even after his tragic death, he asked that at the end of his life, he only be remembered for other things.

His Words Remain a Legacy

“I'd like somebody to mention that day that Martin Luther King Jr. tried to give his life serving others… And I want you to say that I tried to love and serve humanity…all of the other shallow things will not matter. I won't have any money to leave behind. I won't have the fine and luxurious things of life to leave behind. But I just want to leave a committed life behind.”

Indeed, he did just that. His great legacy of love, strength, and freedom remain powerful, still to this day. 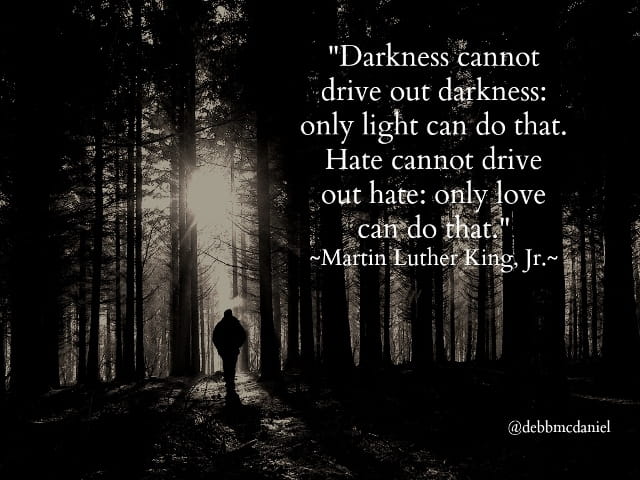 Debbie McDaniel is a writer, pastor's wife, mom to three amazing kids (and a lot of pets). Join her each morning on Fresh Day Ahead's facebook page,DebbieWebbMcDaniel, for daily encouragement in living strong, free, hope-filled lives. Find her also at Twitter and www.debbiemcdaniel.com.

This content first appeared on Crosswalk.com and is used here with permission. To view the original visit: https://www.crosswalk.com/blogs/debbie-mcdaniel/20-things-you-may-not-know-about-martin-luther-king-jr.html