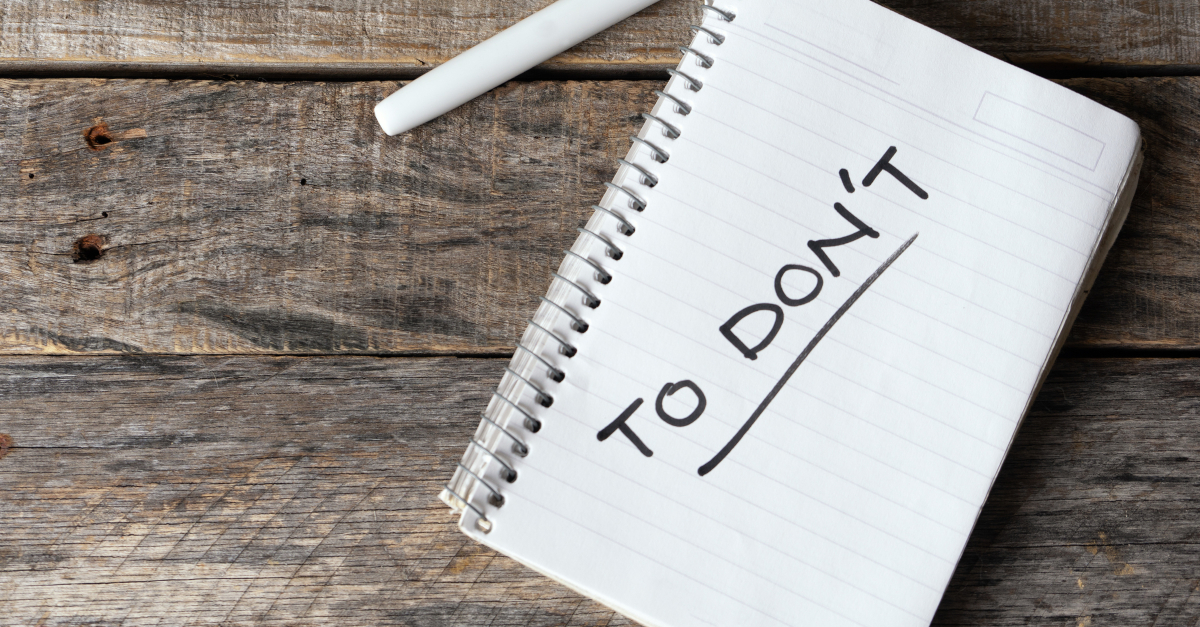 Eighteen miles of translucent wire stretches across the Manhattan skyline, and most people have no idea it’s even there.

It’s actually called an eruv, and it’s tied to the Jewish Sabbath.

As reported by getpocket.com:

On the Sabbath, which is viewed as a day of rest, observant Jewish people aren’t allowed to carry anything – books, groceries, even children – in public places (doing so is considered “work”). The eruv encircles much of Manhattan, acting as a symbolic boundary that turns the very public streets of the city into a private space, much like one’s own home. This allows people to freely communicate and socialize on the Sabbath – and carry whatever they please – without having to worry about breaking Jewish law.

The name for this is legalism.

Legalism is putting a set of dos and don’ts on people to follow, in the name of God, that God did not put on them. It’s a religion of added rules and regulations, standards and stipulations, codes and conduct, contrived by someone to determine who is and who is not spiritual. It’s being asked – if not forced – to measure up in a way that can be binding and brutal, discouraging and defeating. And it feels about a million miles away from anything authentic, anything life-changing, anything... freeing.

This is actually what set up the tension between Jesus and the religious leaders of His day—the “teachers of the law” and the group known as the Pharisees. They were very religious and considered to be the holiest people of the day. They had taken the Old Testament and calculated that it contained 248 commandments and 365 prohibitions, and they lifted those out and vowed to obey every single one of them. And just to make sure that they didn't break one of those rules, they made rules about the rules and laws about the laws! In fact, they came up with more than 1,500 additions.

To avoid taking the Lord’s name in vain, they refused to even say God’s name—even in honor and respect, worship or prayer.

To avoid committing adultery, they would lower their head whenever they passed a woman so that they wouldn’t even look at her because if they looked, they might lust. This is why the most holy of all were known as “bleeding Pharisees” because they were lowering their heads so much that they were always running into walls.

They also decided that on holy days, a person could eat but not cook; that you could bandage a wounded person but not apply medicine. And if you were a woman, you couldn’t look in the mirror because you might see a gray hair, and if you saw a gray hair, you might be tempted to pluck it out, and plucking out a gray hair was considered work, and you couldn’t work on that day.

Ok, I just made that up.

But Christianity is not about religion, it’s about a relationship.

When you make it about religion or legalism, then it quickly devolves into gaming the system. You can play it like a tax lawyer would. Loopholes and technicalities; the letter of the law, but never its spirit.

I read about a guy who walked into a Texas bar, ordered three bottles of beer and sat in the back room, drinking a sip out of each one in turn.

When he finished them, he came back to the bar and ordered three more.

The bartender told him, “You know, a bottle goes flat after I open it. It would taste better if you bought one at a time.”

“Well, you see, I have two brothers. One is in Australia, the other is in Dublin, and I’m in Texas. When we all left home, we promised we’d drink this way to remember the days we were together, so I drink one for each of my brothers and one for myself.”

The bartender admitted this was a nice custom and left it there.

The guy became a regular in the bar and always drank the same way.

But one day, he ordered only two bottles. All the regulars took notice and fell silent.

When he came back to the bar for the second round, the bartender said, “I don’t want to intrude on your grief, but I wanted to offer my condolences on your loss.”

The guy looked puzzled for a moment. Then, a light dawned, and he laughed.

“It’s just that my wife and I joined a Baptist church, and I had to quit drinking. It hasn’t affected my brothers though.”

Here’s the point: Jesus isn’t after a set of dos and don’ts—something that determines what you do. He is after something else.

He is after who you are.

James Emery White is the founding and senior pastor of Mecklenburg Community Church in Charlotte, NC, and the ranked adjunct professor of theology and culture at Gordon-Conwell Theological Seminary, where he also served as their fourth president. His newest book, Christianity for People Who Aren’t Christians: Uncommon Answers to Common Questions, is now available on Amazon or at your favorite bookseller. To enjoy a free subscription to the Church & Culture blog, visit ChurchAndCulture.org, where you can view past blogs in our archive and read the latest church and culture news from around the world. Follow Dr. White on Twitter, Facebook and Instagram @JamesEmeryWhite.

This content first appeared on Crosswalk.com and is used here with permission. To view the original visit: https://www.crosswalk.com/blogs/dr-james-emery-white/a-wire-above-manhattan.html

Have you ever noticed how we don't usually celebrate historical figures as children?