GIVE FOOD - GIVE HOPE - GIVE LIFE
FOOD FOR THE POOR

Are there people in your life who have hurt you? Do you find yourself wondering how God expects you to handle them? Even though we are instructed to love our enemies, live peaceably with others, turn the other cheek, and not seek revenge, does God really want us to be a punching bag?

Does God, a loving Father, want his children to suffer? How much does He expect us to endure? At what point do we walk away? Is it ever okay to fight back? How do we make things right?

Looking at God’s character, we see he’s loving, fair, just, and reasonable. We must learn to trust God in all situations, allowing Him to handle it in his own way. Of course, when we are feeling battered and torn from the mental, verbal, or physical pain someone we love has inflicted on us, this is easier said than done. Realize, God has not abandoned you, and He does not expect you to deal with these trials alone.

In this article, we will look at examples of others who were hurt by the ones they loved, and we will discover how to properly respond in these types of situations.

When They’ve Betrayed and Abandoned You, Respond by Rising Up

Joseph was just 17 years old when his older brothers, driven by jealousy, sold him into slavery (Genesis 37). Over the next several years, rather than allowing the pain of his situation to drag him down, Joseph kept his integrity and held to his faith in God.

He went from favored son of Jacob to slave to head of the household for Pharaoh’s guard to prisoner to the governor of Egypt (Genesis 39-41).

When we are put into situations we did not cause, it can be tempting to fall into a state of despair, but if we allow God to work in our circumstances, we can actually rise up and become an even better version of ourselves than we were before.

“And we know that in all things God works for the good of those who love him, who have been called according to his purpose.” Romans 8:28 NIV

Joseph is a great example of how we should respond when we’ve been betrayed and abandoned:

Remember, God is still on your side. It says that “the Lord was with Joseph so that he prospered….and the Lord gave him success in everything he did.” Genesis 39:2-3 NIV

Maintain your integrity. When Joseph was tempted by Potiphar’s wife, he said, “How then could I do such a wicked thing and sin against God?” It says he “refused to go to bed or even be with her.” Genesis 39:6-10 NIV

Recognize that you aren't alone. God won’t abandon you. When Potiphar’s wife accused Joseph of trying to sleep with her, and he was put in jail, it says, “the Lord was with him; he showed him kindness and granted him favor in the eyes of the prison warden…. the Lord was with Joseph and gave him success in whatever he did.” Genesis 39:17-23 NIV

Let God use you to fulfill His plan. When Pharaoh started having confusing dreams, he sought out someone to interpret them. No one in the land could explain his dreams, except Joseph. Pharaoh responded to Joseph’s interpretation by saying, “Since God has made all this known to you, there is no one so discerning and wise as you. You shall be in charge of my palace, and all my people are to submit to your orders. Only with respect to the throne will I be greater than you.” Genesis 41:39-40 NIV

When famine struck all the lands in the area, because of Joseph’s great leadership and business skills, Egypt was the only place selling grain. One day, he noticed his brothers, who had sold him into slavery, buying grain, but they did not recognize him.

When Joseph eventually revealed his identity to them, it says, “they were terrified at his presence.” Genesis 45:3 NIV

After what they did to him, the tables were turned: No longer their little brother they could abuse, he was now in a position of power, with servants and guards, and all of Pharaoh’s court on his side.

Rather than retaliate and seek revenge, Joseph displays how we should respond to those who have hurt us:

Give glory to God. In Genesis 45:4-11, Joseph reassures them that he is not angry with them. He says, “do not be distressed and do not be angry with yourselves for selling me here, because it was to save lives that God sent me ahead of you…. to preserve for you a remnant on earth and to save your lives by a great deliverance. So then, it was not you who sent me here, but God.”

Take them back in and show them undeserved love. Instead of giving them what they truly deserved, he made a place for them to dwell in Egypt. Because of Joseph’s relationship with Pharaoh, they were treated with respect and kindness.

When Joseph had the opportunity for revenge, he chose grace and mercy. Because of his relationship with God, he was able to see past the pain and clearly see God’s plan woven throughout his story.

“You intended to harm me, but God intended it for good to accomplish what is now being done, the saving of many lives.” Genesis 50:20 NIV 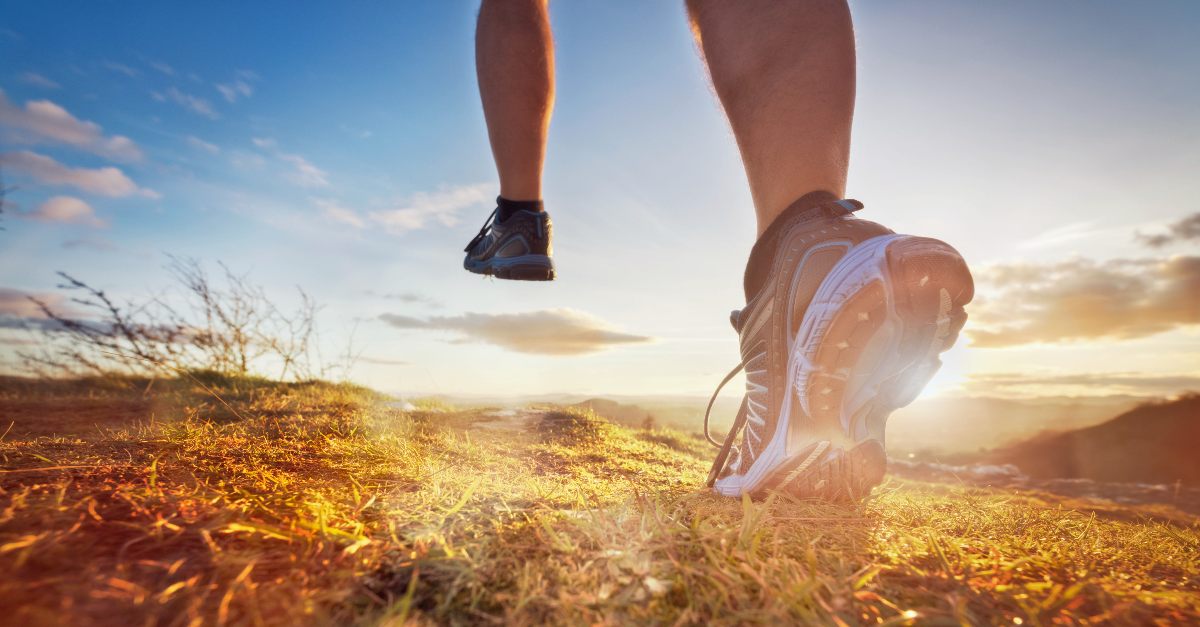 When They Try to Hurt You, Respond by Running Away

David and Saul had a rocky relationship, to say the least. We all know David as the “man after God’s own heart” and the giant killer, but did you know that David spent about 20 years running and hiding for his life?

Saul grew so jealous of the praise David received after each battle that a raging hatred formed, causing Saul to want to kill David.

But as you can see, David’s response to his encounters with Saul teach us how to respond in our own situations when someone we have loved turns on us:

Run from the situation and get to safety. David fled into the wilderness to hide from Saul and wouldn’t return to the palace for at least 20 years.

Rally your troops. David gathered about 600 men to stay with him and help him preserve his life in the event of Saul finding him and trying to kill him again (1 Samuel 23:13).

Don’t take revenge. David had the opportunity to take Saul’s life on two different occasions but knew that was not what God wanted him to do (1 Samuel 24:3-11, 26:1-20). David said to Saul, “May the Lord judge between you and me. And may the Lord avenge the wrongs you have done to me, but my hand will not touch you.” 1 Samuel 24:12 NIV

Don’t fall back into the same situations. In moments of vulnerability, Saul assured David he wouldn’t try to kill him anymore, and tried to convince him to come back to the palace. History nearly always repeats itself, so David decided to stay away. (1 Samuel 24:16-22, 26:21-25)

Although David had multiple opportunities to seek revenge on Saul, he responded by running away and allowed God to deal with Saul. When Saul died, David mourned because he loved Saul, but I’m sure he also breathed a sigh of relief (2 Samuel 1:11).

Because of David’s response, God kept his promise to David, and he eventually became the King of Israel.

When They Reject You, Respond with Righteousness

Jesus, the most loving and perfect person to walk this earth, was wronged more than anyone—by His friends and family, disciples, and the people He came to save. In all of these situations, Jesus responded with righteousness:

After rejection in His hometown, He recognized He needed to leave. The people in Jesus’ hometown rejected Him, belittled Him, and insulted Him when He started teaching God’s Word. He responded to their rejection by leaving, knowing there was nothing more He could do for them by staying (Mark 6:1-13). Sadly, because of their own hardened hearts, the people you love may not be able to hear you when you try to reason with them, and sometimes all you can do is walk away.

Before the betrayal by His disciples and friends, He taught them how to live out love. Jesus knew that his disciples and friends would hurt Him before they ever did (Luke 22:7-34), yet He still loved them. On the night of Jesus’ arrest, Judas conspired with the chief priests and teachers to betray Jesus (Luke 22:1-6, 22:47-48). After His arrest, Jesus’s nearest and dearest friends and disciples, Simon Peter, pretended not to know Him (Luke 22:54-62). Not once does it say that Jesus retaliated against the hurt and betrayal of his friends.

Sentenced to death by His own people, He realized the necessary response was to forgive and pray for them. As He hung there on the cross, amidst the mocks and jeers from below, in misery from their seething hatred and tainted hearts, being spat upon, bleeding, and dying, He said, “Father, forgive them, for they do not know what they are doing.” Luke 23:34 NIV

Jesus was no stranger to the pain and emotions of strained relationships, being fully human and enduring the same trials as us, He was hurt by the very ones He loved.

Yet, His overwhelming love for people was stronger than any pain they could inflict on Him. He died to save their lives, despite knowing they were still sinners (Romans 5:8).

When you’ve been wronged, especially by those closest to you, remember love is always the right response. You don’t have to stay quiet, be dragged down, or stick around, allowing the pain to continue. Instead, run to safety, rise up, and respond with righteousness. Lean into God and allow him to work, entrusting the outcome to Him.

“Trust in the Lord with all your heart and lean not on your own understanding. In all your ways acknowledge him and he will direct your paths.” Proverbs 3:5-6

Jennifer Jabbour resides in the scenic San Diego countryside with her husband, teenage son and daughter, and their hilarious English Bulldog. Jennifer has a B.A. in Integrated Business Communications and a life-long desire to share her faith with others so they can also experience the joy of having a relationship with God. She has finally decided it's time to go after her lifelong dream of writing and publishing her first book, and hopefully many, many more thereafter. Besides being a writer, Jennifer is also a brown belt in Brazilian Jiu Jitsu, a photographer, and an avid outdoors-woman. She loves camping, hiking, running, and playing the piano in her free time.

You can keep up with Jennifer on her website https://www.jenniferjabbour.com.

This content first appeared on Crosswalk.com and is used here with permission. To view the original visit: https://www.crosswalk.com/faith/spiritual-life/what-is-the-right-response-when-youve-been-wronged.html