Just $30 a month can save starving children. GIVE NOW.

My second and last baby and I hung out a lot together during her preschool and preteen years. Five years' age difference between my children meant my older daughter was off to school and extracurricular activities and social events while her younger sister was still home much of the time. During this season, we got groceries together and took naps side-by-side on our deep living room couch. We went to Bible study and the park. We hung out in the car while we waited for her sister to be ready to be picked up.

But once my younger daughter hit the teenage years, she started spending a lot of time in her bedroom with her door closed. Mornings, while she got ready for school. Afternoons, while she worked on homework and before I took her to dance. Evenings and weekends, when she was hanging out at home. I kept up on her life and wasn't worried about this sudden need for privacy, but it was ajar to my system after all those years of lump-sum time together. Even harder to take was the sense I always had to watch my step and my words around her.

Parenthood is a study in continuing education if ever there was one. Along the way between my daughter's and my hang-out years and the season we're in now—one where, when we get the chance, we again relish just being with each other—I learned a few new ways to make inroads on loving a teenager who seems to be shutting you out.

A few months before my youngest child left for her freshman year of college, 500 miles away, I started distancing myself from her. I did it consciously; I mistakenly thought I was protecting myself from some of the pain of her leaving by getting a jump on our separation. My daughter noticed and (thank goodness) called me out: "If you push me away, I won't fight back." This was the appropriate arrangement: after all, I am the adult. I am the parent. I need to be more mature than my child. In contrast, our older kids need to know if they push us away, we'll understand that's what they're doing and give them space while at the same time keeping the porch light on for them.

A friend who's also a parent of older kids insightfully commented that she thought our kids start pulling away from us long before they officially set out on their own because it's too hard for them to do it all in one fell swoop. While their closed doors, closed mouths, and closed arms may give the appearance they'll be glad to leave without a backward glance, their hearts know otherwise.

Our children learn to walk on their own out in the world the same way they learn to walk in our homes: one baby step at a time, with the comforting reassurance we'll be there to catch them when they fall. When we gradually loosen our grip and keep the broad prize of ongoing relationship with our adults-in-the-making in our sights, we model the love of the world's only perfect Parent, as exemplified by His Son: "I pray that you, being rooted and established in love, may have power, together with all the Lord's holy people, to grasp how wide and long and high and deep is the love of Christ, and to know this love that surpasses knowledge—that you may be filled to the measure of all the fullness of God" (Ephesians 3:17-19).

Keep saying, "I love you." (Sometimes, use words.)

When I felt my teenager pushing me away, I learned to say "I love you" in languages that were not my native tongue. I learned to speak love in the dialects of small gifts: her favorite Starbucks "secret menu" tea waiting for her in the car or an ample supply of her preferred protein bars in the pantry. I learned the sign language of acts of service - babying her dance clothes along on the gentle cycle in the washing machine and, on winter's chilliest mornings, warming up the fuzzy blankets I thought of as our "lap robes" in the dryer just before we got in the car for the ride to school.

Show love by showing up.

When my daughter was in marching band, I volunteered to hand out third-quarter snacks, even though I knew there was no chance my stoic drum line girl would get out of line to hug me. Her dad and I kept attending her awards ceremonies even though we had no expectation she would pose with us for a commemorative photo afterward. We kept showing up because love shows up. We kept showing up because whether or not it mattered to our daughter that we were there (and we believed, despite some outward evidence to the contrary, it did matter to her), it mattered to us that she knew we were there.

In Abba, we see one of the crux truths in all of parenting: our job is not the outcome; our job is the input. Hard though it may be when we feel shut out by our older kids, when we choose to love them as a leading action we initiate with no condition of reciprocity, we follow the example of love's Author and Perfecter: "This is how God showed his love among us: He sent his one and only Son into the world that we might live through him. This is love: not that we loved God, but that he loved us and sent his Son as an atoning sacrifice for our sins. Dear friends, since God so loved us, we also ought to love one another. No one has ever seen God; but if we love one another, God lives in us and his love is made complete in us" (1 John 4:9-12).

Take the good you get with gratitude.

One early morning during the year, I drove my daughter to school every day; she got in the car and surprised me by enthusiastically asking, "Did you smell the air? Did you smell the Froot Loops?" (We live near the Cereal Capital of the World, where the air some mornings does, in fact, smell like Froot Loops.)

My teenager's question caught me off guard because car conversations with her were usually limited to me asking where and when she needed to be picked up and her responding with the fewest number of words necessary for communicating information that would keep her life on track. But by grace, I matched her unexpected enthusiasm that day and told her, "Yes, I did! Isn't it great that we live in a place where this is what we get to smell in the morning?"

When a teenager who mostly seems to be shutting you out initiates interaction, resist the (entirely understandable) urge to reign in your response in anticipation of being rebuffed. Take the risk of love and embrace the moment for what it is. Receive gifts of interaction and connection as they are offered, not because you're groveling but because you're grateful.

At the last home football game of my youngest child's last marching band season, my drumline girl was in a familiar funk. Also familiar: I had no idea what the problem was. I asked if she was OK even though she obviously wasn't, and she muttered something about a cramp and wandered off. When my husband and I picked her up at the end of the night, her earbuds went in immediately, as usual. Still, when we got home and were walking into the house, she said, "Oh, mom, I wanted to let you know that I did have that weird cramp and thought the rest of the night was going to be miserable, but I ended up laughing with my friends and having a really good time." I told her, "I'm so glad to know that. Thank you for telling me."

In that particular season with my teenager, there was much I wanted from her that I didn't get. So when she gave me something I wanted more of, I learned to put an exclamation point on it.

My daughter's bedroom door often stands open now because, as a college student three states away, she's rarely in the room behind it. But on one of the bumpier nights of our time when we were regularly under the same roof, she went into her room, and I heard the familiar creak-and-close of her old-farmhouse bedroom door again. Later, though, I got this text from her: "Thank you for loving me, even when it's hard."

Loving our teenagers (or anyone, really) is an even-when, even-though, even-if kind of love. This doesn't mean we don't set boundaries. It doesn't mean we look the other way when our kids treat us with contempt or disrespect. It doesn't mean our still-dependent kids aren't expected to meet certain standards of behavior. But it does mean that no matter what, we hold onto hope for what can be even when the reality of what is makes that hope seem ludicrous. It means we recognize the difference between fighting battles that need to be fought and fighting every battle that possibly could be fought. It does mean we keep trying to learn how to love in new ways. And it does mean we keep inputting love while we hold fiercely to the hope that the outcome will be love received and love returned. 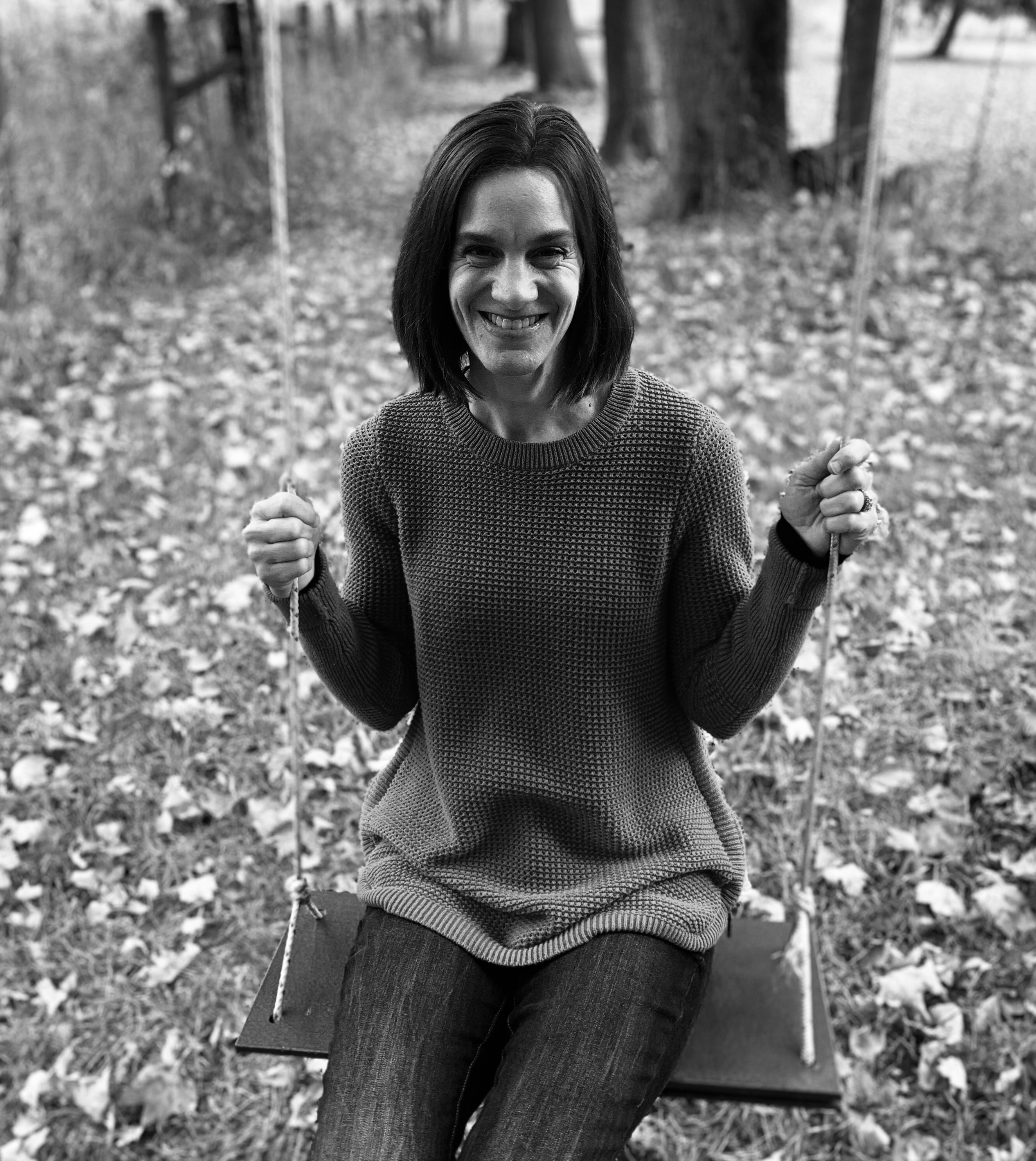 Elizabeth Spencer is a wife, mom, freelance writer, baker, Bible study facilitator, and worship leader from Battle Creek, Michigan. She writes about faith, family, and food (with some occasional funny thrown in) on her blog, Guilty Chocoholic Mama, and on Facebook. She is the author of the devotional Known By His Names: A 365-Day Journey From The Beginning to The Amen.

This content first appeared on Crosswalk.com and is used here with permission. To view the original visit: https://www.crosswalk.com/family/parenting/what-to-do-when-your-teen-shuts-you-out.html